The versatile chef, restaurateur and TV host has worn many hats and proven he’s a master of his craft

Food is the connector of everything and that thought rings true with what the world is going through in the face of the pandemic. A family can gather around their late grandmother’s hot sauce recipe or their father’s steak dish that the family once loved to make. Chef Jonathan Scinto helps families rediscover their passion for cooking and bring those recipes to life through his cooking magic.

Chef Jonathan Scinto is an incredible bundle of energy who commands attention every time he appears on television. He is a celebrity chef and content creator, who has created a number of television shows, live interactive food and drink demonstrations, as well as themed dinners and virtual cooking classes. 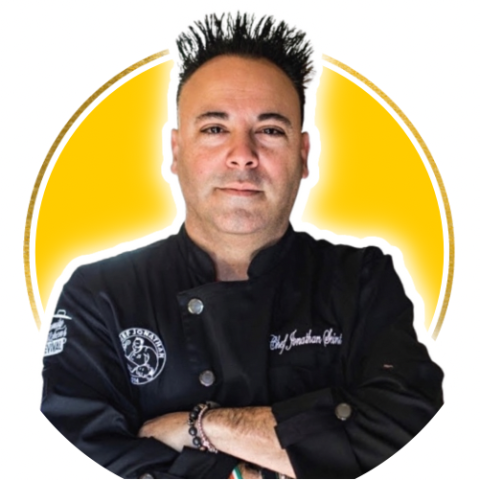 Chef Jonathan is the creator and host of the hit television series, Revival of home cooking who uses the power of food to heal. In each episode, Chef Jonathan visits 8 families who have gone through extreme challenges and helps them prepare a meal as an appreciation for their families, friends and community who have helped them through the toughest times. of their life.

The TV series instills hope in viewers that a community still exists for them. You can stream “Family Kitchen Revival” by downloading DISCOVERED on iOS, Android, Samsung Smart TVs and XBOX worldwide. It was featured on the Food Network ChoppedMasterChef 6, Prime Video, Forbes, HuffPost, Good Housekeeping and Newsday to name a few.

Additionally, Jonathan Scinto’s JS Entertainment, which creates original content for social media and streaming platforms, is currently working on a new series of high-energy talk shows. At home with Chef Jonathan where viewers will see easy recipes, cocktails, drinks and infusions. Special guests will also be on hand to discuss trending products and what’s happening in the news.

Jonathan Scinto is a food artist, TV host and content creator from St James, NY. He is heavily influenced by Emeril Lagasse, Gordon Ramsay and Iron Chef Showdown Japan. His mother, Allison, allowed him as a child to experiment in the kitchen making crazy concoctions, and even practicing his knife technique on his parents’ new vinyl chairs. He invented the “Itasian” cooking style, which is a fusion of Italian and Asian flavors with a comforting approach – a style that has been replicated around the world and featured on Food Network and several national media outlets.

TV review: In “Tulsa King”, Sylvester Stallone is a mafia fish out of water | Features