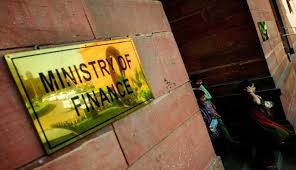 The Ministry of Finance of the Junta de Castilla y León, which runs Pilar del Olmo, has allowed fourteen local authorities in the region to borrow 146 million euros in 2010, an amount that represents an increase of 53 percent over the previous exercise.

The Ministry of Finance of the Junta de Castilla y León, which runs Pilar del Olmo, has allowed fourteen local authorities in the region to borrow 146 million euros in 2010, an amount that represents an increase of 53 percent over the previous exercise.

This year was the third year in which the community exercised financial protection of the municipalities, which previously depended on the Ministry of Economy and Finance. Castilla y León is one of the nine autonomies that have transferred this competence, which was assumed on December 1, 2007.

The Law of Budgetary Stability obliges the councils, town councils and smaller entities to approve, execute and liquidate their budgets in balance or in surplus. Hence, when they incur a deficit or exceed the percentage of 125% of their current income they need permission to contract loans.

In Castilla y León, the autonomous government is in charge of authorizing these operations, as well as in Andalusia, Aragon, Asturias, the Balearic Islands, Catalonia, Galicia, La Rioja and Valencia, according to Europa Press sources from the regional Administration.

The Ministry of Finance assumed the financial tutelage of local entities on December 1, 2007, with the entry into force of the latest reform of the Statute of Autonomy, which regulates it in its Article 54. Consequently, from January 1 2008 The Board is responsible for evaluating that local entities meet the objective of budgetary stability, as well as to monitor the economic-financial plans that must be prepared when they incur a deficit.

The competition is exercised through the General Directorate of Autonomous Financing in coordination with the General Treasury, headed by Agustín Manzano and Fernando Vallelado, respectively. As a result of its management, 13 municipalities and a smaller entity from all the provinces of the community have obtained permission to access credit financing in 2010.

The largest amounts have been authorized to the municipalities of four provincial capitals, Valladolid, Burgos, Salamanca and Palencia. The minor has corresponded to the Valladolid town of Villalba de la Loma, of 54 inhabitants, which has been granted an authorization of 12,189 euros to pay for paving and water supply works.

The amount of the debt of municipalities and councils processed by the Board has risen 53% compared to 2009, which stood at 95.4 million. This increase has its origin in the decrease in tax revenues, which has led local entities to be forced to resort to a greater extent to borrowing to finance their investments.

On the other hand, in 2010 there have been changes in the State legislation that have caused insecurity in those responsible for the municipal haciendas. The main one has been the approval of Royal Decree Law 8/2010, of May 20, which adopted extraordinary measures to reduce the public deficit. One of them was that local entities were prohibited from borrowing until December 31, 2011.

At first it was announced that this restriction would take effect on May 24, a decision that was later postponed to January 1, 2011. Due to this, during the third quarter of 2010 the municipalities, councils and minor entities interested in achieving the permission to contract credits before the end of the year.

Subsequently, the Draft Law of General State Budgets for 2011 introduced a new modification in this matter. Specifically, it lifted the ban for those local entities that borrow up to 75% of their current income, provided that they liquidate the 2010 Budget with surplus.

The uncertainty caused by these legal changes has caused the Ministry of Finance has attended around a hundred of consultations-more than double than in 2009, which in turn have led to initiate 44 cases of which 16 culminated in authorizations. The fact that not all have come to fruition is mainly due to the fact that there were entities that gave up when it became known that it would be possible to borrow in 2011 if certain requirements were met. 367.7

Millions of debt in three years

The first authorization of indebtedness was granted on March 4, 2008 to the Neighborhood Board of Quintana de Valdivielso (Burgos), a small town of about 50 inhabitants who agreed to a loan of 160,000 euros signed with the Cooperation Fund of the Provincial Council Burgos to pave several streets, renew supply networks and improve sanitation.

Since then, more than thirty operations have been processed that have allowed the financing of works and services to other local entities. In total, the Ministry of Finance has authorized 37 operations amounting to 367.7 million euros during the three years he has been exercising this competence.

The Minister of Finance, Pilar del Olmo, has repeatedly expressed her willingness to respond better to the needs of municipalities, since the Board is the administration closest to them. That is why the advice has been intensified to local entities, which have the possibility of meeting with the counseling staff to resolve their doubts or if they prefer, they can be channeled through the councils and the Local Secretaries College, with whom there is a relationship constant and fluid.